Conceived in 1954, the Public Theater is committed to fostering new theater artists and advocating theater’s role in the framing of contemporary culture. The Public is celebrated for its production of Shakespeare and the classics, musicals, contemporary theater, and experimental pieces, all in equal measure, an approach that has supported the institution’s growth—and recently inspired the need to reevaluate its real estate portfolio. 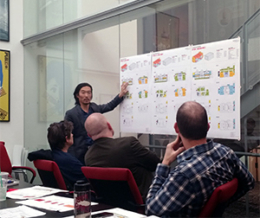 Central to the Public’s physical presence is a landmarked 100,000 square foot building that originally housed the Astor Library. Today, 425 Lafayette Street is home to five unique theaters and their supporting spaces. The Public initially engaged Denham Wolf to lead an assessment of the iconic building, recommend capital improvements, and explore opportunities for supporting its growing programs. Through these assessments, it became clear that the Public could not easily accommodate all of its programs within 425 Lafayette; the theater would need to pursue expansion off-site.

As a first step, the Public decided to establish a satellite facility for select non-performance activities. Denham Wolf’s brokers and project managers quickly initiated efforts to support the Public in this pursuit, starting with a robust site search. It was strategically important that the Public have control of the satellite facility, which eliminated the option of space sharing. Since cast, crew, and staff members would need to travel efficiently between the Public’s main building and the satellite facility, proximity was a critical priority. As is the case for most local nonprofits, cost effectiveness was also a top consideration. In addition, the Public was highly committed to providing abundant gathering and rehearsal spaces for artists, which meant that high ceilings and minimal columns were essential for the new satellite. The theater also hoped that the facility would accommodate full-scale rehearsal space for its popular Shakespeare in the Park productions. 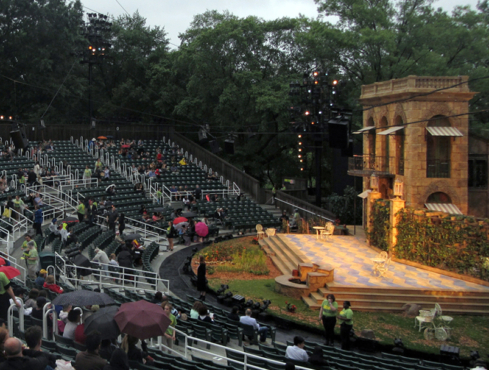 Many performing arts groups struggle to find rehearsal and performance spaces with adequate physical dimensions, let alone column-free space at the scale of the Public’s outdoor Delacorte Theater. The project team confronted this difficulty with every site in the search process, including the Public’s preferred property at 440 Lafayette. The off-market space was located directly across the street from the Public’s main facility, offering immense geographic appeal. The ceilings were sufficiently high, reaching 16’ in some areas. Furthermore, the space included the rare opportunity for a dedicated ground-floor entrance. 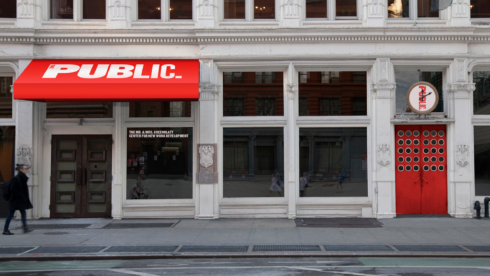 Tenacious negotiations ensued and ultimately resulted in the landlord’s agreement to remove six columns from the space at 440 Lafayette. Leveraging the Public’s favorable reputation along with its interest and capacity for a long-term lease, Denham Wolf secured a favorable deal for the Public that sets the stage for its further growth. The newly renovated satellite facility now houses 28,000 square feet of administrative offices, outstanding rehearsal facilities, additional space for artists, and other support areas. 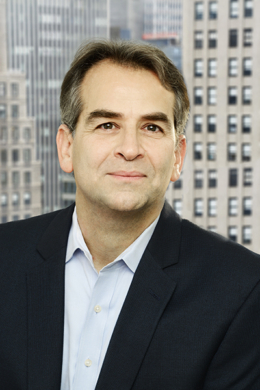 “It required a range of strategic thinking, architectural insight, engineering skills, and market expertise to bring this real estate project to life. Together, Denham Wolf and our project partners devised and implemented a truly remarkable space for the Public Theater.”